For a high-precision experiment like SuperNEMO, it’s vital that we can calibrate our detector’s energy measurements.

To do this, we will use bismuth-207 radioactive sources, which decay to produce particles with well-known energies. The calibration sources will be deployed into the middle of the SuperNEMO detector, between the double-beta-emitting source foils. To do this, we use a specially-developed deployment system that lowers the calibration sources into exactly the right location in the detector. 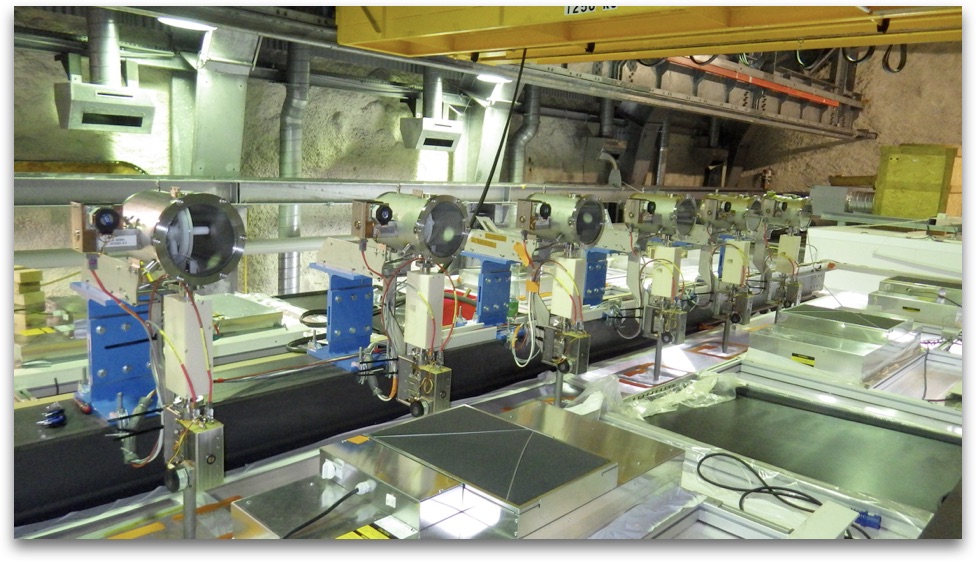 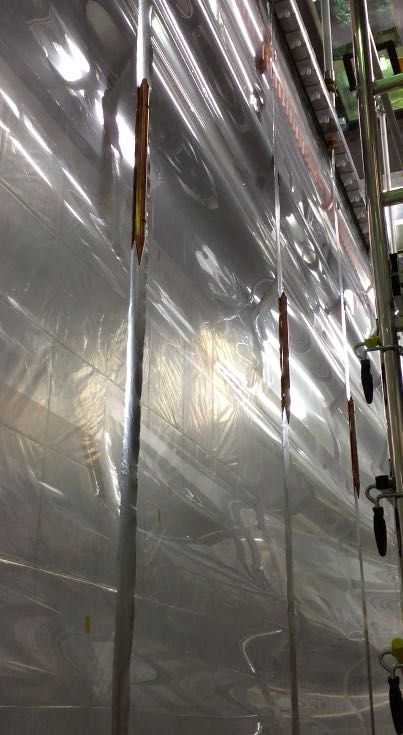 The calibration deployment system has now been installed and tested - an important development as we prepare to install our source foils and close the detector. The deployment system was developed and installed by a team from the University of Texas at Austin, USA, including Karol Lang, Marek Proga and Ramon Salazar, who all put in an incredible amount of time and effort into making this happen. Physicists from the University of Bordeaux, France, including Federic Perrot and Miroslav Macko, have worked hard on creating and testing the sources themselves. Carla Macolino, of LAL in Orsay, France, leads the effort to simulate and analyse the calibration data.