SuperNEMO’s source foils are due to be installed next week, so it’s time to open up the detector.

The double-beta emitters are ready for installation at the LSM, but before they can be hung in place, the protective steel plates covering the tracker sections have to be removed. One side of the tracker has already been exposed to enable us to install the source foil frame, and now it is the turn of the second half tracker. 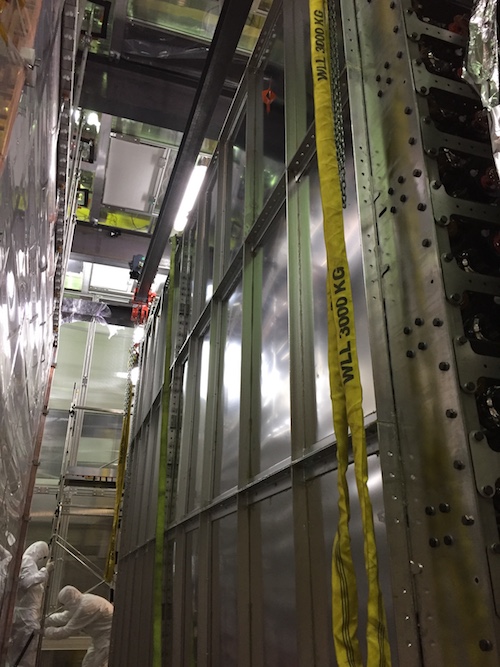 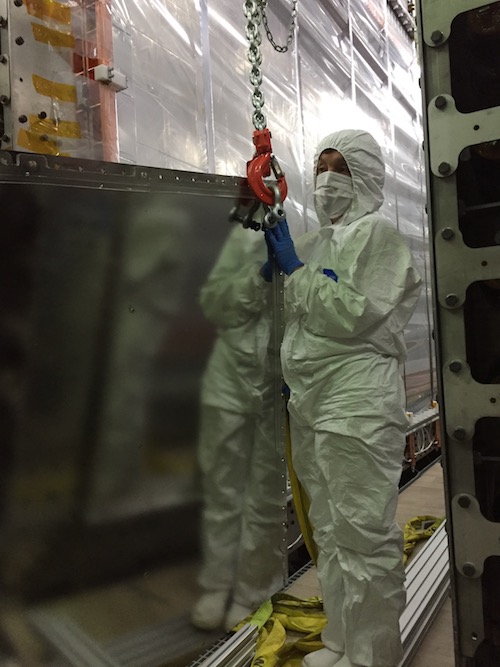 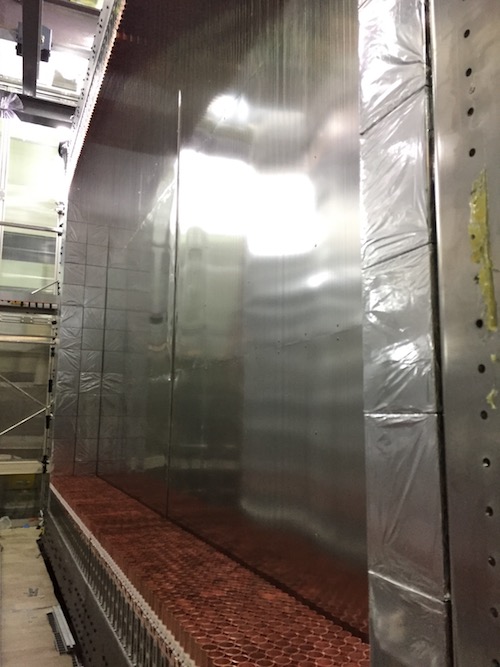 Now that the plates have been removed, we are ready to go ahead with installing the source foils - a major milestone on our way to taking data.